Restoration and refurbishment of snuff-boxes

Of course, the evaluation of the external condition is within broad limits a discretionary matter of a collector, but usually a technically well executed restoration or preservation brings always an appreciation of the object with itself because the overall state or condition of a piece always exerts a great influence on its price. The example of a papier mache snuffbox from the end of the 18th century to be clarified.

Here I would like to show you an example of restoration. The object being restored is a tobacco tin made of papier mâché dating back to the late 18th century.

Most occurring damage are:

The most frequently occurring damage leads to a reduction in price.

Restoration of a snuffbox (before).

But damage can also be caused by different climate fluctuations.

If one possesses a paper mache box which has suffered chipping of paint, eruptions on the material or simply the ravages of time, the question arise whether you want a restoration of the former appearance or whether you prefer a preservation and conservation of the current actual state.

Of course, one must consider that in most cases a proper work-up of a paper mache box is expensive and laborious. During the first step the loose paint layers are fixed and glued neatly. Deep holes and chipping of edges that reach the base material of a paper mache box must always be closed and worked up to the strength of the original papier mache box. In our experience, the best repair material is a paper mache, which is made from original old newspapers, paper and animal glues. After the defects have been repaired, it is essential to make a primer on the paper mache, before it comes to painting in the next step. At the point where the coating has peeled off, about 10 to 20 coating layers or more must be built! The reprocessing of the paint not only protects the can and their respective decorations but also underlines its effect. However, it is not good to use modern paint such as acrylic or alkyd resin paints as the newer paints do not get along with the old paint. Technically it is correct to use paints from copal and amber, but the lack of paint layers must be built from the inside out again. After each coating application the paint should be well dried before being re-sanded and polished so that the next layer of paint can be applied. 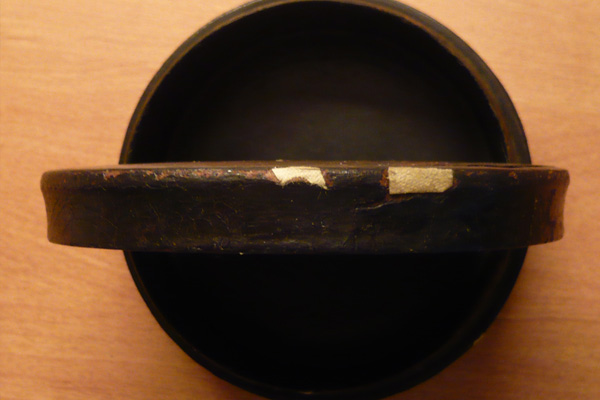 Restoration of a snuffbox (details).

Restoration or preservation of collectors’ items

In the collector world, two different philosophies are represented in terms of the way the restoration of antique tobacco pipes and snuff-boxes; on the one hand preserving and on the other hand the restoration. However, both philosophies want to receive the relics of the past. That there are different opinions on these two points is not surprising. Ultimately, both aim to obtain and to store. A professional cleaning, preservation or restoration always mean a value preservation.

By preserving only the actual state is obtained and made ​​sure that the object is preserved.

Restoration is an attempt to set an object in its original state, so that it’s fully functional and usable again.

For both philosophies can convincing arguments be cited.

Also one can argue about the preservation of patina on such objects. There has been much written about patina, but patina should not be confused with heavy contamination. The opinion about preserving and restoring is in the professional world divided. Is a restoration necessary then it is sometimes unavoidable to remove the patina. Ultimately Patima is nothing more than an oxidation layer at snuff-boxes and tobacco pipes formed after long disuse and poor care and may vary by type of storage. The same problem also applies to the damages. But each piece has its value to be restored to its original splendor. 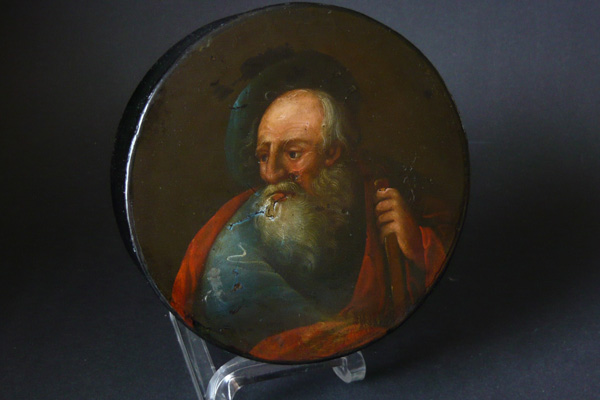 Restoration of a snuffbox (afterwards).